Amazing ways to spend some time in the capital

London in the summertime is jam packed with fun activities, with something for everyone regardless of your interests. And if you want to make 2019 one to remember, here are just five that are well worth adding to your bucket list- it doesn’t matter if you live in London, somewhere else in the UK or are visiting from elsewhere in the world! 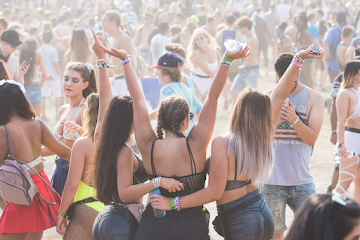 Wimbledon tournament is one of the oldest and arguably the most prestigious tennis event in the world. It’s held at the All England Club in Wimbledon, London, since 1877 and is played on outdoor grass courts. If you want to indulge in a quintessential British activity then watching the tennis with some strawberries and cream is a great choice. You could even spice it up a bit by placing a bet with a company like Free Bets.

There are tonnes of great music festivals held in London that run right the way through the summer, from Southport Weekender to Somerset House Summer Series, Lovebox and of course Wireless Festival amongst many others. Music festivals are what summer is all about, get your boho chic outfits sorted and pack your wellies and tent and it’s bound to be one of your highlights of the year. Have a look at what’s on and what appeals to you based on your interests and music tastes.

Go to the BBC Proms

The Proms (short for “Promenade Concerts”) is an eight-week summer season of daily orchestral classical music concerts and other events held annually, predominantly in the Royal Albert Hall in central London. The Proms were founded in 1895, and are now organised and broadcast by the BBC. The 2019 BBC Proms will run from Friday 19 July to Saturday 14 September. If you are planning to stand in the Arena and you want to get near the front, get there early- the queue usually starts forming from as early as 8am!

West End Live is a two-day celebration of West End musicals, performing live in Trafalgar Square in front of thousands of people. And best of all- it’s free! This year, the festival will be held on 22 and 23 June, with the line-up and times to be announced over the coming months. An annual fixture for London theatregoers, the event sees leading West End productions perform classic numbers live in front of audiences, all for free. Unlike a normal show, audiences are actively encouraged to sing along.

Pride parades are outdoor events which celebrate gay, lesbian, bisexual, transgender, and queer social and self acceptance, achievements, legal rights and pride. Pride in London LGBT+ celebrations often fall in July and it’s a vibrant, colourful and exciting event, well worth visiting if you’ve never attended one before. It is one of the longest running in the country and attracts an estimated one million visitors to the city.